All grants are subject to availability 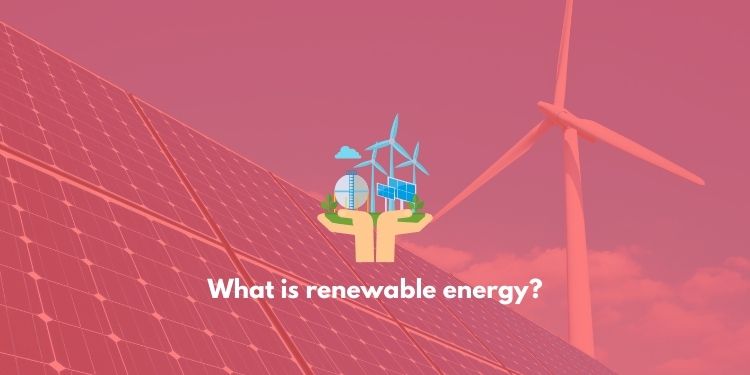 What is renewable energy?

Unlike, fossil fuels which will become increasingly difficult and costly to process as time goes on, sources of renewable energy can be replenished constantly. There’s a wide variety of renewable sources including solar, wind, hydroelectric and tidal power, as well as biomass and geothermal energy.

The development of renewable energy

However, societies around the world have become increasingly dependent on fossil fuels, most notably coal and gas. With global temperatures rising at an unusual, rapid rate, it seems that the worldwide use of fossil fuels has caused a detrimental impact on the planet.

Similarly, to the UK, many countries around the world are committed to reaching net-zero by 2050. This has accelerated the expansion of renewable and green energy production. The outcome of these developments ranges from the improvement of domestic, efficiency measures, like placing solar panels on the top of houses, to large-scale operations, such as wind farms.

What are the advantages of renewable energy?

In theory, renewable energy sources provide an infinite supply of energy. Also, once homeowners get past the initial cost, they might be able to save money on their energy bills, allowing them to see a return on their investment.

Another significant benefit of renewable energy is the fact that are no greenhouse gases or other pollutants created during the process. This makes the air and water cleaner, as a result. As the sector continues to grow, an increasing number of jobs will be created, to develop and install renewable energy systems.

What are the disadvantages of renewable energy?

Unfortunately, some renewable energy sources are weather-dependent, so they don’t necessarily provide consistent reliability all year round. Solar panels are at their most efficient when the sun is shining at its brightest, while wind turbines need wind to generate energy. Therefore, in certain circumstances, fossil fuels are still needed to top up renewable energy sources.

While, some renewable sources, like hydropower and biomass, don’t suffer from the same supply problems, they can be harmful to the environment. Additionally, renewable resources, such as solar and wind farms, don’t always go down very well with the local communities.

How to improve your central heating system

You can improve the way in which your home is heated, just by making some subtle adjustments…

What are the different types of electric boilers?

Like boilers that are fuelled by gas, there are different types of electric boilers available…

How does an electric boiler work?

Although, all boilers need electricity to function accordingly, electric boilers actually turn electricity into heat. Instead of burning a…